Leafless in Portland Before & After Photos

Oregon City, OR home needs to keep the leaves, silt and debris out! 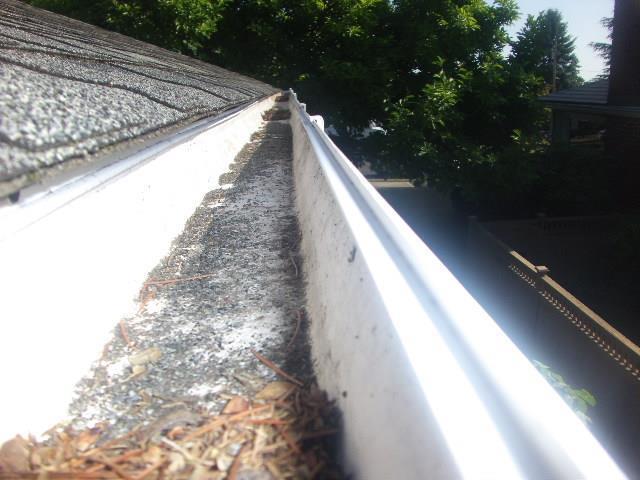 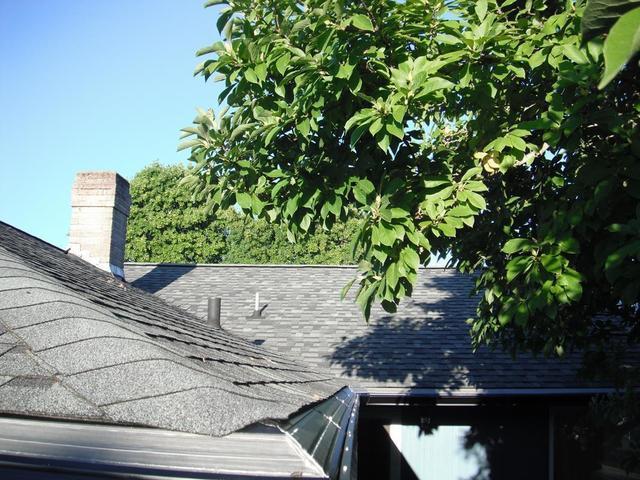 This homeowner began noticing that her gutters were not working properly, she climbed a ladder and removed all of the leaves and debris, but the gutters were still not performing as they should.  Upon further inspection, it was noted by a Leafless in Portland estimator, that silt and other fine particles were clogging the downspouts.  New gutters and MasterShield were installed and now the home owner can rest assured, that she will no longer have issues with her gutters!

Metal Roof and open gutters inundated with evergreen needles in Oregon City, OR 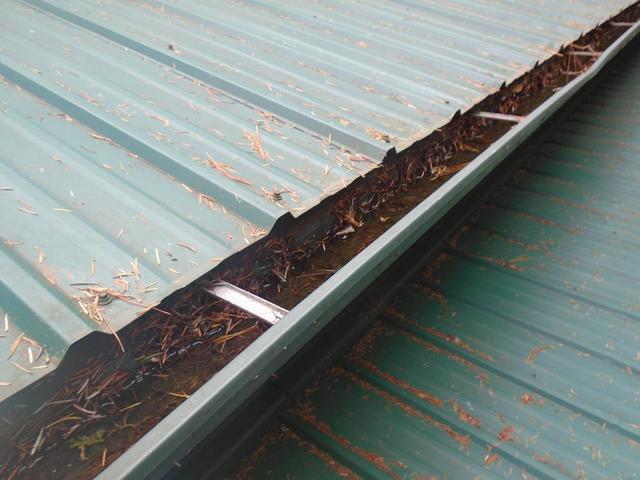 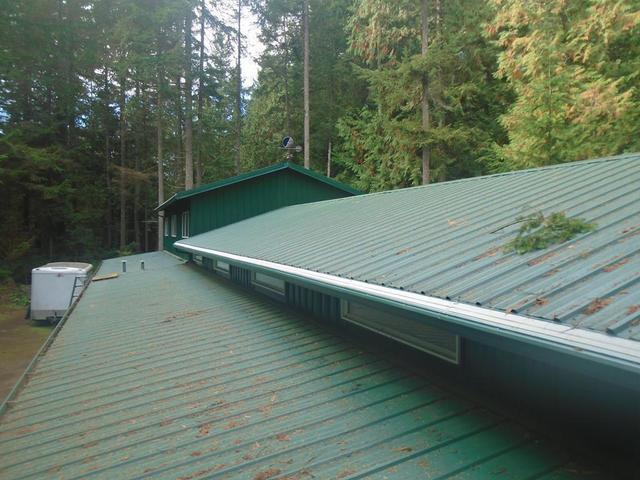 This Oregon City home was inundated with evergreen needs!  The needles were just too much for the open gutters to handle, they were needing to be cleared out 3-4 times a year, some years even more often! The home owner had had enough and called Leafless in Portland to take care of the problem! 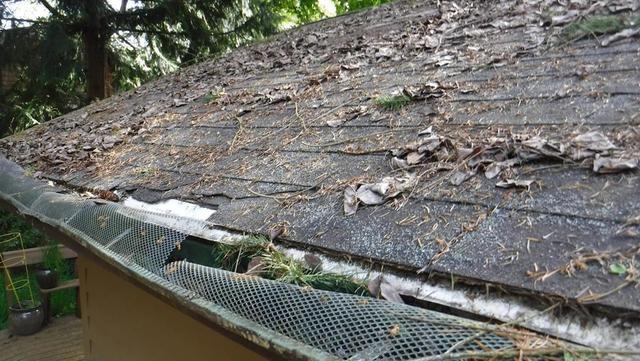 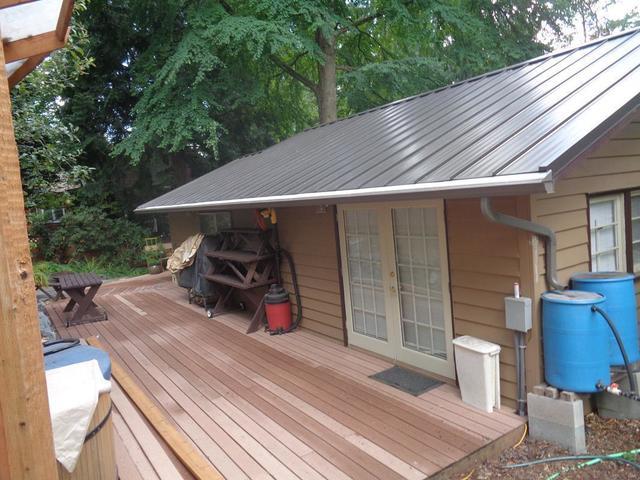 The owners of this Vancouver, WA home noticed that the DIY gutter protection they installed was just not working.  The amount of leaves, needles, and debris were just too much for the inferior product.  After having an inspection done by Leafless in Portland, it was determined that not only did the home need new gutters and MasterShield, it also required a new roof.  Leafless in Portland was able to work with a local roofer to coordinate the installation of the roof followed directly by the new gutters and MasterShield.  It now looks like a completely different home!

During and after installation in Portland, OR 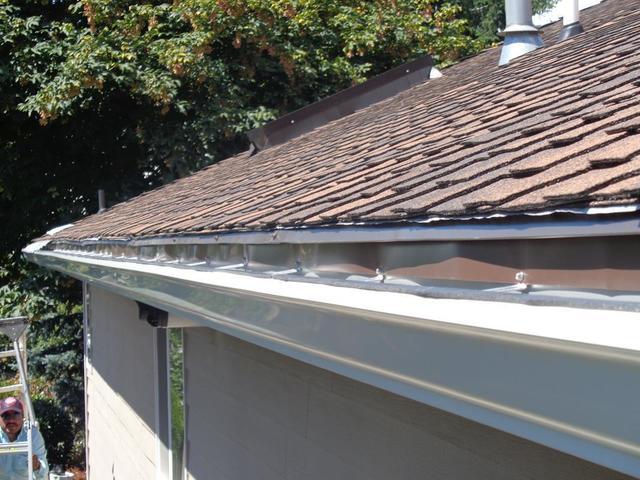 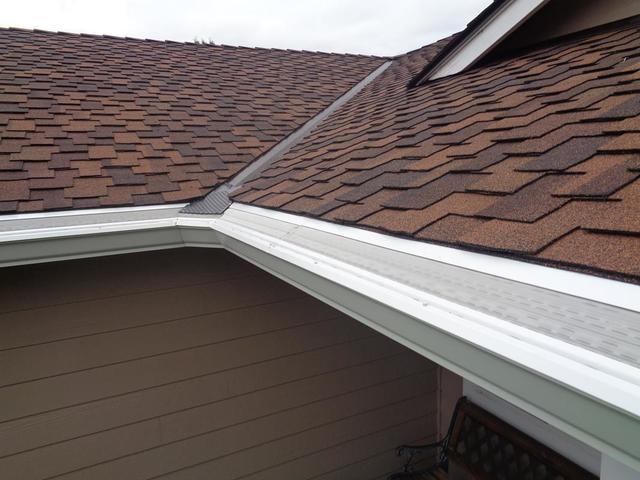 Gutters and Gutter Guards Installed on Metal Roof in Portland, OR 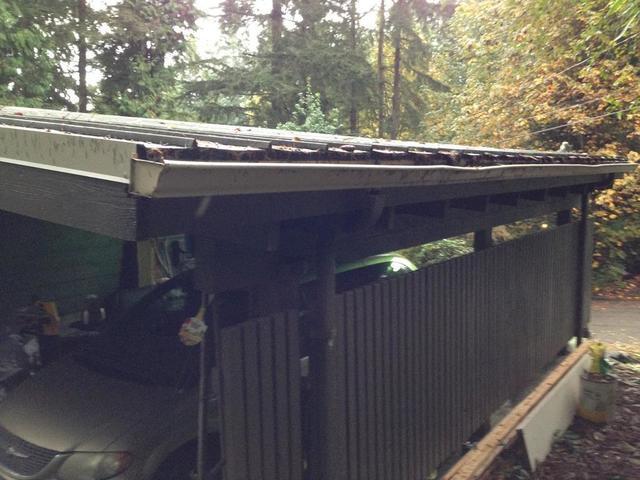 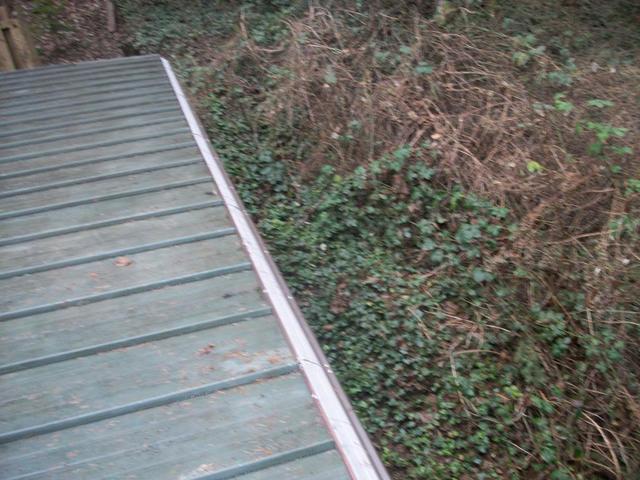 This home located on the outskirts of Portland, OR had a problem with needles and debris filling the gutters continually throughout the year. The homeowner finally called after numerous trips up a ladder to clear out his gutters for the four times that year. Leafless in Portland was able to install MasterShield, taking care of the full gutters and getting the homeowner off the ladder!

We serve the following areas